Okay, so basically these maps are filled with bosses of the bodies of job instructors. Back Story: All the job instructors get invited to a party. While the party is going on, a Masked Man named Marik Weaver ( You could change name later) steals the souls of all the job instructors and puts them into a chamber. A few days later you receive word about this and you have to save them. This is sort of like a Mu Lang dojo but with the job instructors bodies controlled by the masked man. You have to fight all the Warrior, Magician, Archer, Thief, and Pirate related classes/jobs. You fight a Warrior, Dawn Warrior, Aran, Demon Slayer, Mikhail, Krasier, Magician, Blaze Wizzard, Evan, Battle Mage, Luminous, Archer, Wind Archer, Wild Hunter, Mercedes, Thief, Night Walker, Dual Blade, Phantom, Pirate, Thunder Breaker, Mechanic, Cannon Shooter, Jett, Angelic
Burster. After every 5 Bosses, there can be a notice pop up on your screen saying [Stage 1 Complete] then [Stage 2 Complete] then [Stage 3 Complete] and so on. After you beat the job instructors, you come face to face with Marik, the masked man. You say: There's no where to run, surrender or fight me. Marik says: Hahahahahahaha, this is not the last of my surprises. You say: !? Out of no where Tenshi's soulless body appears and Marik says: until next time, Muahahahaha. Then Marik disappears. You know fight Tenshi's soulless body. Then you fight Toon's soulless body. Finally you fight Alpha's soulless body. As you enter the next room, you see Marik wearing his mask with a hood. You say: Show yourself. Marik takes of his hood an his mask. He now tells the story of why he has these souls , he says:  I have stolen the souls of the most powerful people in Maple World, with those people out of the way I will have nobody in I way to take over the world.  Marik is standing behind a giant safe, and you have to fight him for the key, after you win, you open up the safe and the screen goes completely black for a second. When it becomes normal you see all the souls of the bodies you fought. There is also an Honorary Rock in the middle of the room. You click it, and then you get rewarded with and X amount of rebirths and a good amount of equips that Alpha, Toon, and the GM's can pick out. The stats can be picked by the owners. In addition you get a medal saying 'The Savior of Maple World'. Finally you get your name on the honorary rock and you get warped to Henesys. This would be a party quest for 1-6 players. Also after every boss you kill during this quest, you get A LOT of exp. But, the monsters would have a lot of HP. This PQ's name is Maplestory Hero PQ so MHPQ. Hope you guys like this idea and I hope it get put ingame. Thnx for reading. :3

PS: In case you guys were wondering, this is completely 100% my idea. I did not steal it from anyone. If you don't believe me, try looking it up, you won't find anything :3

Oh and also, I posted this in the 'InGame' section so I'm just reporting this here.

Btw: Marik was an old friend of Alpha, Tenshi, and Toon, then Marik betrayed them and caused them to go into the state of depression by talking about personal things. Later, they killed them selves and Marik took there souls. He manipulated there bodies and is controlling them. 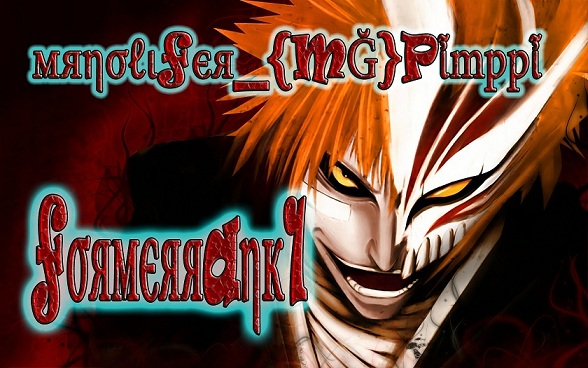 {Λภgєℓ}•๖ۣۜєภ๔єг wrote:Pimppi's future signature; Aiming for rank 1 and catchin the bad guys at the same time! IM LIKE ASH KETCHUM!

Alpha, toon and tenshi are too powerful to be controlled!
_________________
GM!RayStormX   &  Zweihander
Status:: Offline indefinitely
If you have been unfairly banned, PM me and I'll help you the best I can.

ParagonX9 wrote:Alpha, Tenshi, and Toon are being controlled cuz Marik was actually one of there friends, but he betrayed them.

{Λภgєℓ}•๖ۣۜєภ๔єг wrote:Pimppi's future signature; Aiming for rank 1 and catchin the bad guys at the same time! IM LIKE ASH KETCHUM!

You better
Be trolling