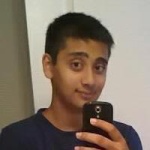 Hey everyone, I think that there is not enough helpers in chat and in game to help out new players or players with glitches. Only a handful of players are able to answer the questions or do anything about it. Me and a few other key people are busting asses trying to fix any issues downloading or glitches or anything as much as we can without power. I'm suggesting that we need more chat mods and maybe more gm's that fix glitches and pay attention in chat. Event wise and asking for items yea gm's of dchaos are professional and quick about it. When it comes to glitches, if its brought to their attention they try to fix it, but on chat people cant log in and i believe that GM's should be looking more frequently looking at it. This is just my opinion and is in anyway shape or form a threat or something stupid like that. Just think about it guys.

kiki i meant like there are people that cant be unstuck via log and stuff so they need A GM to look at their problem but No gm's are on so then what?
_________________
Support Team Leader 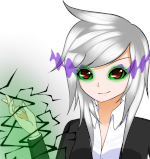 This may sound very harsh or rude but to me,
It looks like you're just a bit hungry for more power.
I don't want to sound like a bitch or so but you already
re-created the support team without permission < which you have now>
But what if those people you modded or so are also offline from the chat?
They'll just have a bit of power, and such.
There are enough players out there who help the people on the xat and in-game. Yes, we're GMs to help people, but that doesn't mean we have to do EVERYTHING. Sometimes, you have to be kind and help others, even when you're only a player.

That's my thought on this, nothing more.

And mel i meant to say can we get more chat mods :O not me or support team. they can apply for chat mod if they want. Im just sayin we need more not necessarily me or the team :O although it would be cool to have chatmod again 0.o.
_________________
Support Team Leader

I was on the chat yesterday and did help a few people with their problem, one that bothered me the most was someone who I couldn't help because although he tried everything, more than once I should add, he couldn't reconnect and since I'm still new and all I couldn't help him. The best I could have done was told him to go to forums and make a post about his problem. Other people I helped were fine, they got to play the game properly with some aid from the community. I understand where you're both coming from but I think it's just people, in general, need to start being more active on the chat than just have it opened and completely ignore it (which I am guilty for multiple times QQ). Just a suggestion.
_________________