So I donated $50 to the server last year then a month later I became GM.....
sooooo technically I should have 10 donor tickets and i guess 5k chickens? Oh, and let's not forget my sentinel goggles and head gear since I paid during that promotion.


What I'm getting at is, I want to transfer the donor privileges to another account for my little brother so he can have fun warping around and feel special and all that shit.
ign: kryospear. we pretty much play on the same ip address so yea.

all my cool donor gear and my video contest prize was swept away by that huge ass roll back, and while I could just respawn them now that I'm a GM, why not give em to my little bro, eh?
_________________
GM!RayStormX   &  Zweihander
Status:: Offline indefinitely
If you have been unfairly banned, PM me and I'll help you the best I can. 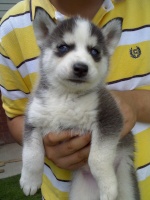 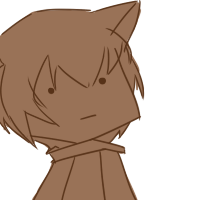 You shall receive your reward, my noble warrior.


///warned for going off topic


///Questioning why I am off-topic when I was basically saying he was receiving what he deserved in a somewhat 11th century way.

You can call me Jaden, just because that's how my online friends call me (The ones IDK IRL)

anyway this is a serious matter that should be taken up with personally by someone who can help you out. let me just say this rollbacks SUCK! and I HATE when it happens to me...so just take your problem to the HEAD OF SERVER....(Alpha) lol. I'm sure he can help you. if not then just try to find a way to get the stuff back...it feels weird giving advice to a GM...but anyway just yeah hope you get the stuff transferred to your li'l brothers account...
_________________
The time you spend
admiring something that
someone else has done,
could be spent doing something
that someone else admires.

oh it's not about the sstuff per se, I can make it all myself

I just needa privileges transferred to my bro. he reads the forum.
_________________
GM!RayStormX   &  Zweihander
Status:: Offline indefinitely
If you have been unfairly banned, PM me and I'll help you the best I can.